Uniform:
- Yes to Everything
- Too Good to be True
- It'll Work Out
- Just a Fool

Order of Nature:
- Walking in the Snow
12 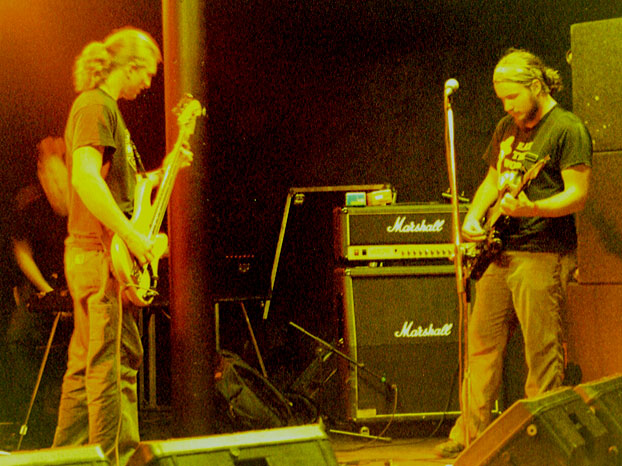 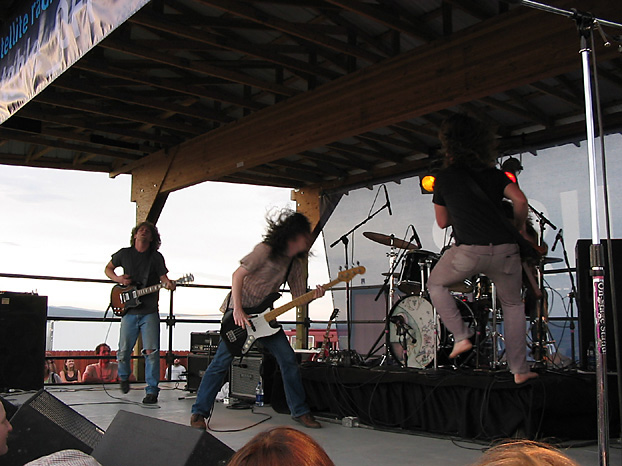 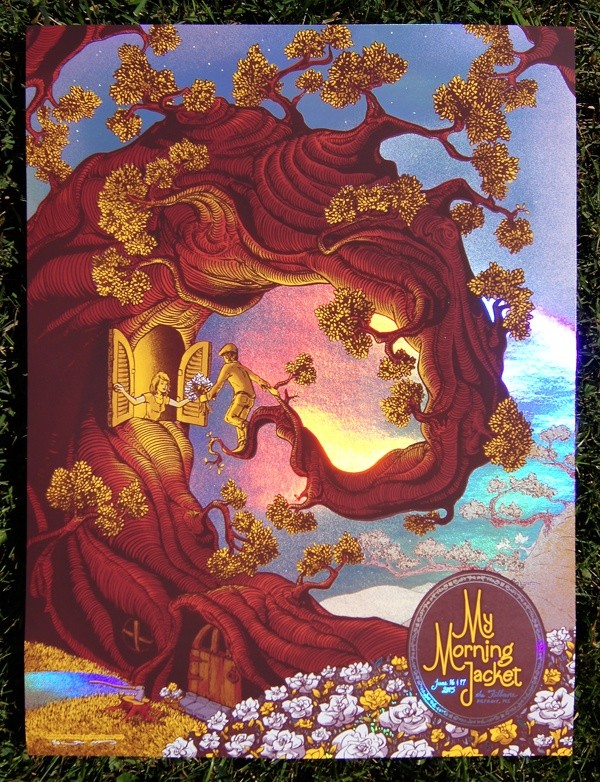 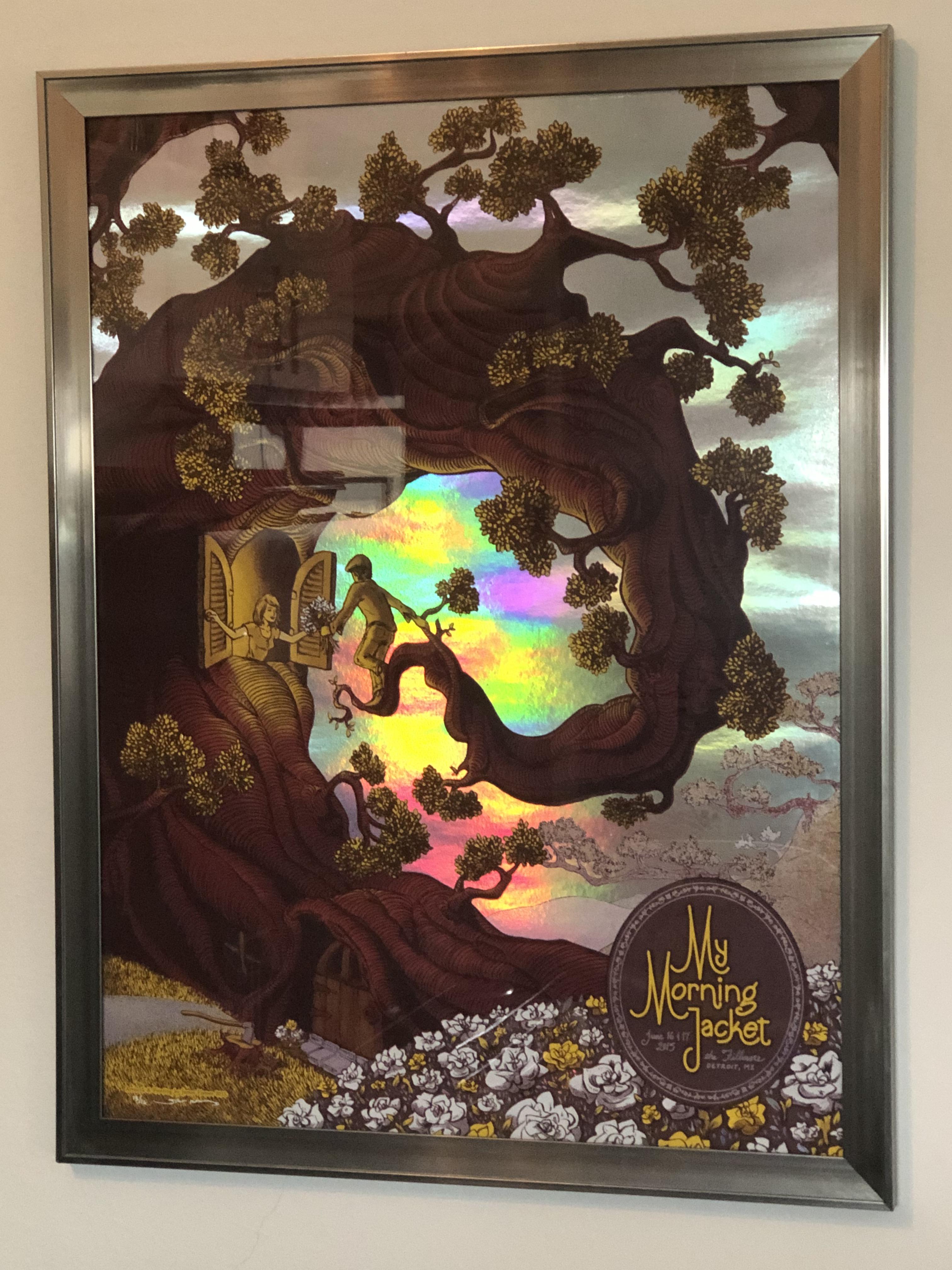 Other Music / Re: Israel Nash Gripka

Quote from: e-stone on Apr 20, 2020, 11:27 amdesperately want to hear this, but i don't have a record player. keep hoping this shows up on bandcamp at some point

Last post by RobRoy286 - May 23, 2020, 10:17 am
I just truly don't understand their thinking anymore. Haven't in years. They've been sitting on finished material for going on 5 years now. I understand not wanting to release a new studio album if you can't tour behind it. But they've had material FINISHED (in their own words). It's real frustrating, while other bands are churning out new material and staying relevant. I mean they are people living their lives, so who knows what's going on.

But goddamn I just do not understand. They just don't seem to care anymore, sadly.
18

2003:
MMJ played at Richard's on Richards in Vancouver, BC
w/ Burning Brides and Detachment Kit 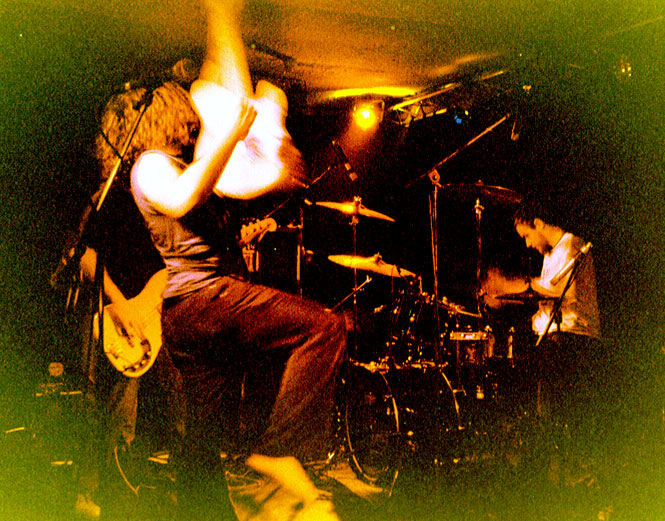 As a result, I've decided to spend my newfound free-time ranking Jim James' solo songs from his albums. NOTE: I have left out Tribute To (all George Harrison covers) and have left out Uniform Clarity (didn't want doubles of the same songs).

Here goes nothing. If anyone has time and wants to put their own list together then sick!

49. Same Old Lie (Eternally Even) - nothing too redeeming about this one to me. Political and not too groovy.

48. Same Old Lie (The Order of Nature) - see above. Orchestra gives it a slight improvement.

47. I Just Wasn't Meant For These Times (Tribute To 2) - for some reason, never got into this Beach Boys cover.

44. Here in Spirit (The Order of Nature) - not sure why, but the transition to the orchestra felt a little underwhelming and empty to me. Not bad, but not close to the EE version.

42.We Ain't Getting Any Younger Pt 2 (Eternally Even) - just a little too flat for me, but the bass-line is pretty nice

40. Just A Fool (Uniform Distortion) - understand why it was the single due to the catchy guitar riff, but was not close to the best on the album.

39. Lucky Man (Tribute To 2) - sweet song, listen to it from time to time, just falls lower compared to many better tracks.

38. Dear One (ROLASOG) - I love this album, and still enjoy this song, though it doesn't pack many memorable moments to keep you coming back.

37. Out of Time (Uniform Distortion) - Playful song, but nothing too complex going on here.

36. Over and Over (Uniform Distortion) - Decent song, that comes in a much better rendition on Order of Nature.

35. All is Forgiven (ROLASOG) - Pretty awesome tune. At this stage I'm more or less a big fan of every song from here.

34. You Get to Rome (Uniform Distortion) - Noticing a trend of UD songs falling low on this list. But this is one of the better ones.

33. Crying in the Chapel (Tribute To 2) - Beautiful song & always nice hearing the version of Jim that's a little softer in his delivery.

32. Hide in Plain Sight (Eternally Even) - Have a sneaky feeling I'll be upset this one is so low when I revisit this list later.

31. Love is the Sweetest Thing (Tribute To 2) - love his goofy/ghostly wavering voice on the backhalf of the song.

30. Over and Over (The Order of Nature) - Massive improvement from the original. Has some real Disney score vibes to it.

29. True Nature (Eternally Even) - Maybe the funkiest that Jim has ever been. Dig the variety he brings here.

28. We Ain't Getting Any Younger Pt 1 (Eternally Even) - Just a little too jarring for me at times, but still a good and different sounding tune.

27. In Demand (The Order of Nature) - Builds up nicely behind Jim's passionate vocals. Timely song if even a little cheesy.

26. God's Love to Deliver (ROLASOG) - One of the best "close your eyes and listen" tunes he has.

25. Back to the End of the World (The Order of Nature) - Like Jim's deeper vocals here. Fun song to sing along to.

24. In The Moment (Eternally Even) - Now we've reached the (ugh, do I have to put it this low?) part of the list. I do like this song - in the same vein as True Nature of being one of his funkier tunes.

23. Midnight, the Stars and You (Tribute To 2) - Feels like I'm playing it on a record with a big old horn for the sound to come out of it. Love what he does with his vocals at the end.

22. The Human Touch (The Order of Nature) - great song lyrically. Short and sweet.

21. Exploding (ROLASOG) - too short to be any higher, but what a gorgeous little nugget this is.

20. Too Good to be True (Uniform Distortion) - hearing him slow it down to this level on an otherwise fast-paced album is just what the doctor ordered.

19. Eternally Even (Eternally Even) - a good song to put you to sleep but be good enough to want you to wait out the full 5 minutes first.

18. Funny How Time Slips Away (Tribute To 2) - love this lyrically and his delivery is on point.

17. Throwback (Uniform Distortion) - love this song! but part of me wishes is what mixed differently with Jim's vocals more clear and prominent.

16. Yes to Everything (Uniform Distortion) - fuck yeah to that guitar solo.

14. Actress (ROLASOG) - my favourite from the album when it first came out. Love the violin and think it carries the track awesomely through the end.

13. The World is Falling Down (Tribute To 2) - I've heard some say they don't like his vocals here. I do, the vulnerability in his voice matches the song perfectly.

12. Know Til Now (ROLASOG) - I like to picture this as the elevator song that would be playing up to heaven. Atmospheric and groovy.

11. Here in Spirit (Eternally Even) - one of his more radio-friendly songs. Great tune.

10. The World's Smiling Now (Eternally Even) - Love this song, and great use of a sample of an older song that I'm blanking on.

8. No Secrets (Uniform Distortion) - likely a number 1 on a lot of peoples' list, this Fleetood-esque song is one of his best.

7. A New Life (ROLASOG) - contagious to sing along to. Such a simple but effective song.

6. All in Your Head (Uniform Distortion) - this song didn't click for me until I heard the Uniform Clarity version. Since then, it's elevated it to another level for me.

5. State of the Art (AEIOU) (ROLASOG) - Self-explanatory positioning here I think. One of, if not, his biggest solo hits.

4. Of the Mother Again (ROLASOG) - While hard to pick a favourite from this album, I feel more than okay with as this choice. So much to like in this song with lots of different components you can focus on at any given time.

3. Walking in the Snow (The Order of Nature) - some of my favourite vocal work from him. And the orchestra takes this song to a magical level.

2. Set it to Song (The Order of Nature) - maybe it's quarantine, I don't know, but this song has been hitting me on a different level over the past few months. Wasn't an immediate standout for me when it came out but over time, the more I struggle to find any flaws with it. Patient, mature, and powerful.

1. Wild Honey (Tribute to 2) - It may annoy some people that a cover and not an original song is at number one. But damn, I love what he does with this song. The range in his vocals and the level of emotion the song brings all around. This is the best Jim James song for me.